hi everyone ~ look at this gorgeous view!  isn’t that great to wake up to?  what a blessing to have it for a whole week!

and during that week ~ what can i say?  things “happen” at the lake!!  and {most of the time}… that’s a good thing!  one of those being the project seen below.  it’s bright… fun… and totally spontaneous… exactly like these ladies and that’s how a vacation should be, in my opinion!

i had a hard time keeping my phone still for this shot, {below} as i was laughing so hard at them… they were just so hilarious! they don’t really look guilty… but they are! but who can blame them, after all, they are loyal bobcat followers. they’d just finished putting the “finishing touches” on the t-shirt racks {so to speak!}  and the MSU Bobcats became the front-runners {literally} on all the racks… {overcoming the U of M grizzlies as usual!}… and that’s just as it should be!  a bit of competitive marketing whimsy, shall we say?!  although, they did admit to their mischief, and smiling, they ‘complained’ to the checkout kid that there wasn’t enough ‘prominent’ msu bobcat merchandise in the store!

so we are the local walmart in the resort town of polson {griz country}, as we needed some basics in sewing supplies, for bags we were sewing, and a few staples of groceries. 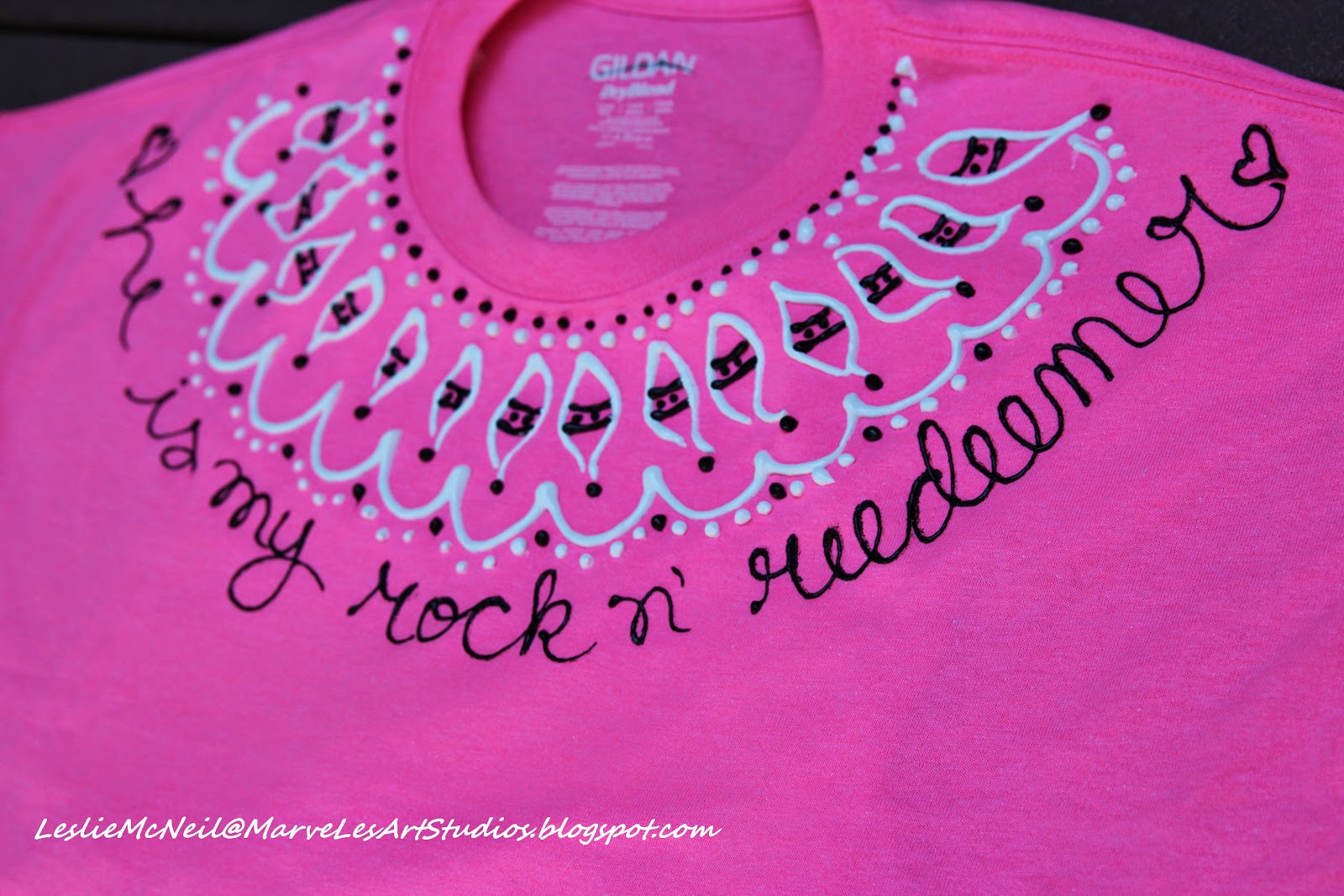 i purchased this bright, neon pink t-shirt, and a few bottles of tulip brand, “slick” dimensional paint.
walmart had all i needed to put together this t-shirt {and a couple pairs of matching canvas shoes, too!} 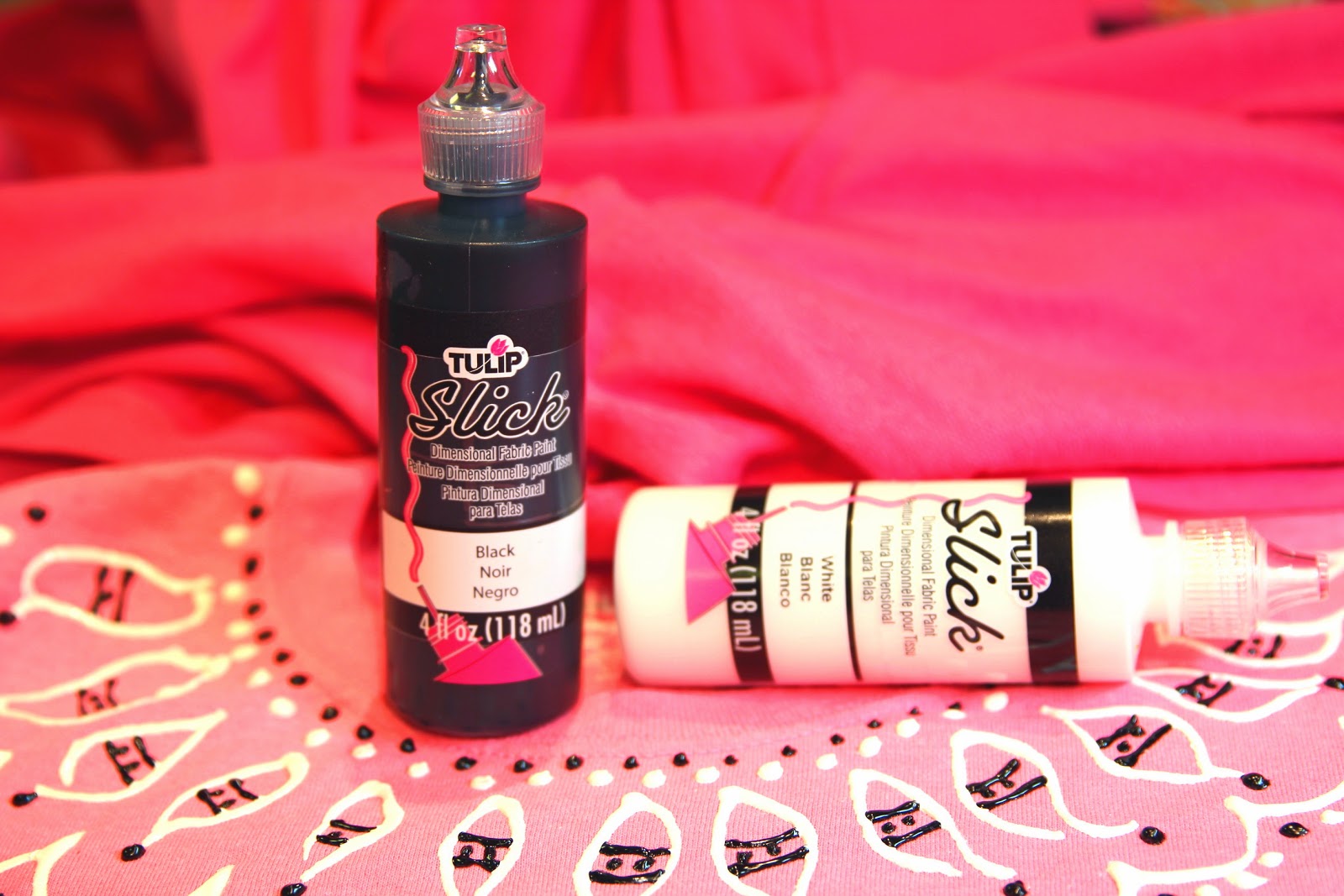 as you can see, this is a dimensional fabric paint, and washable, too. 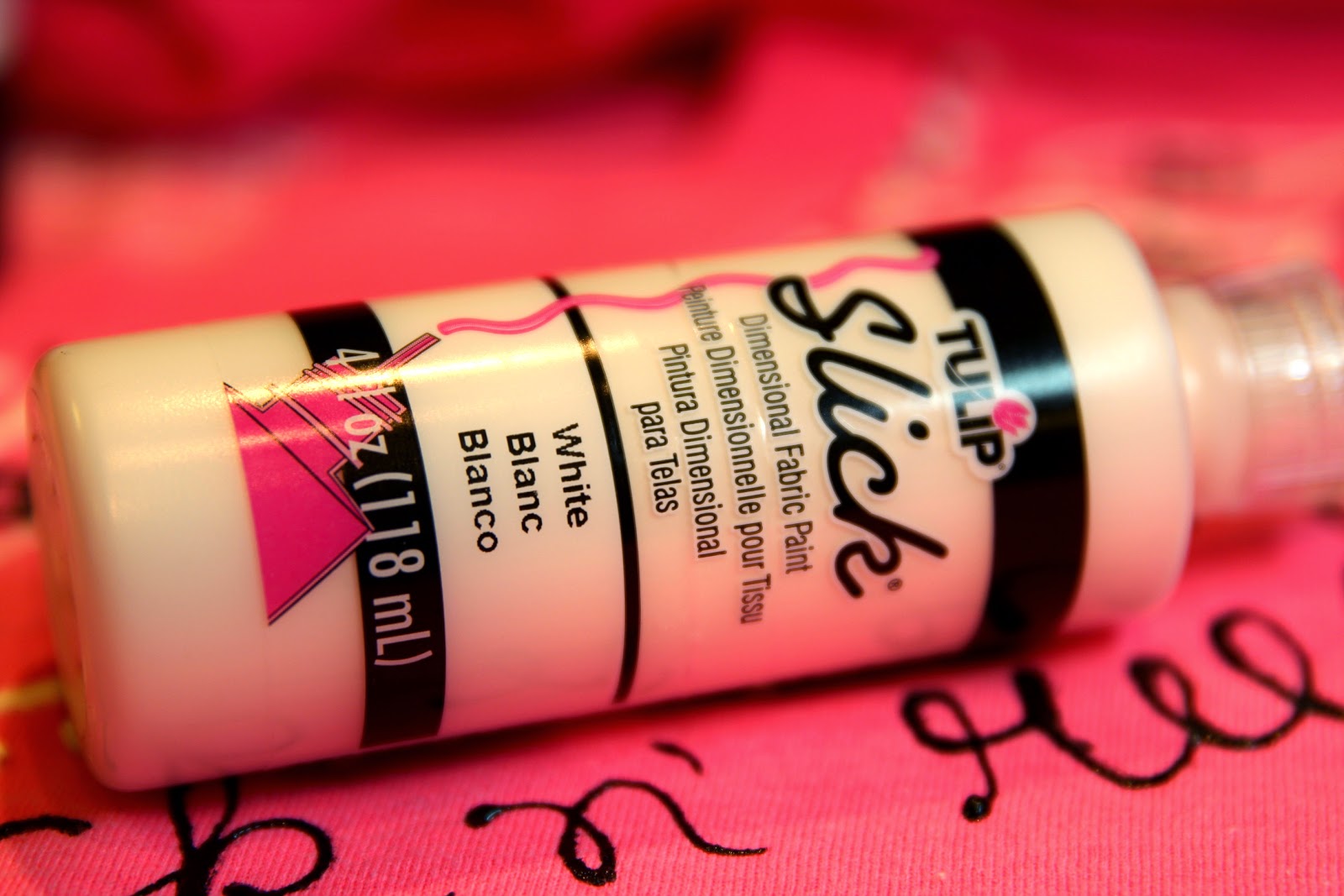 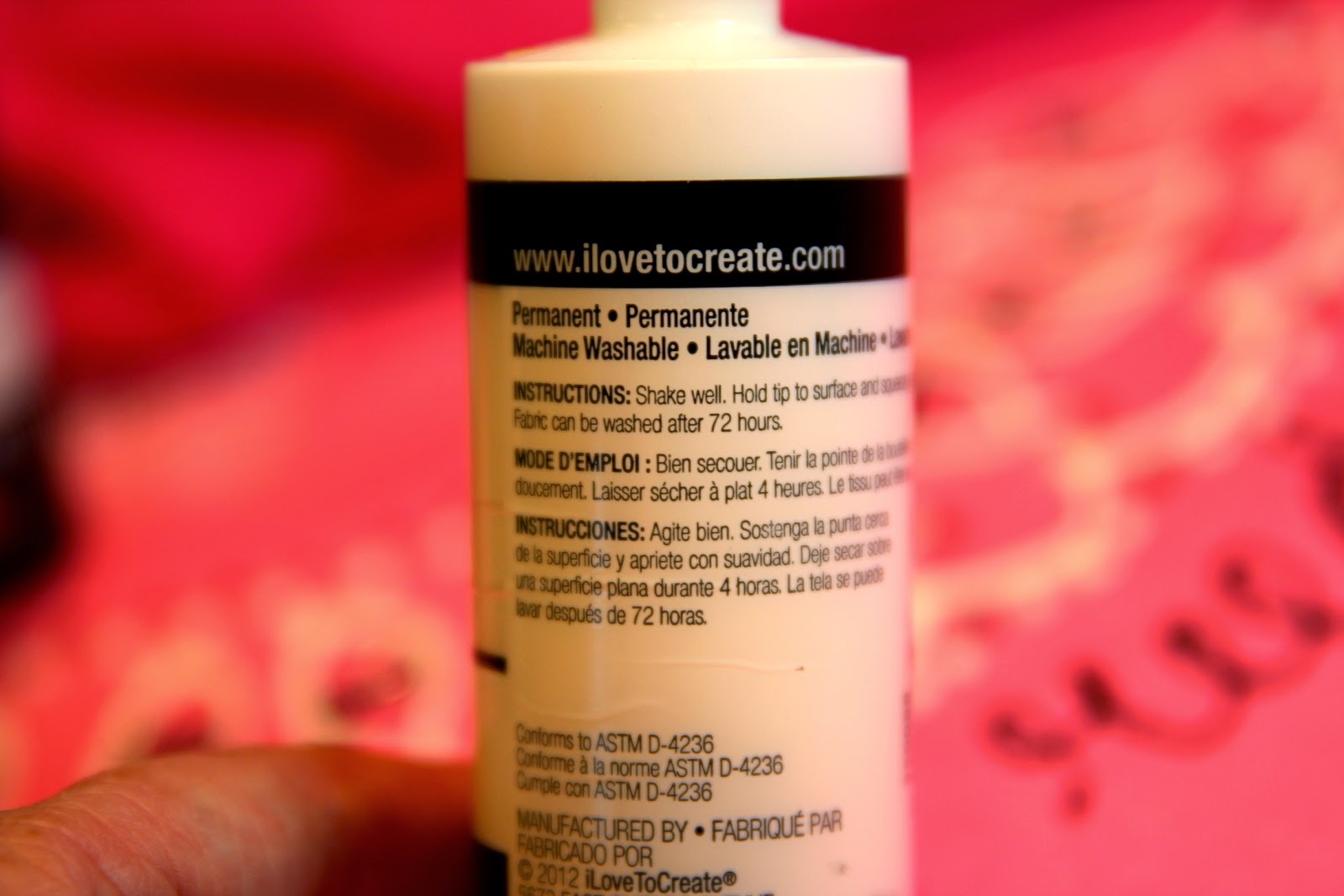 and while i have washed my shirt since i made it, i did not put it in the dryer.  {i’m not that brave yet} maybe later?! 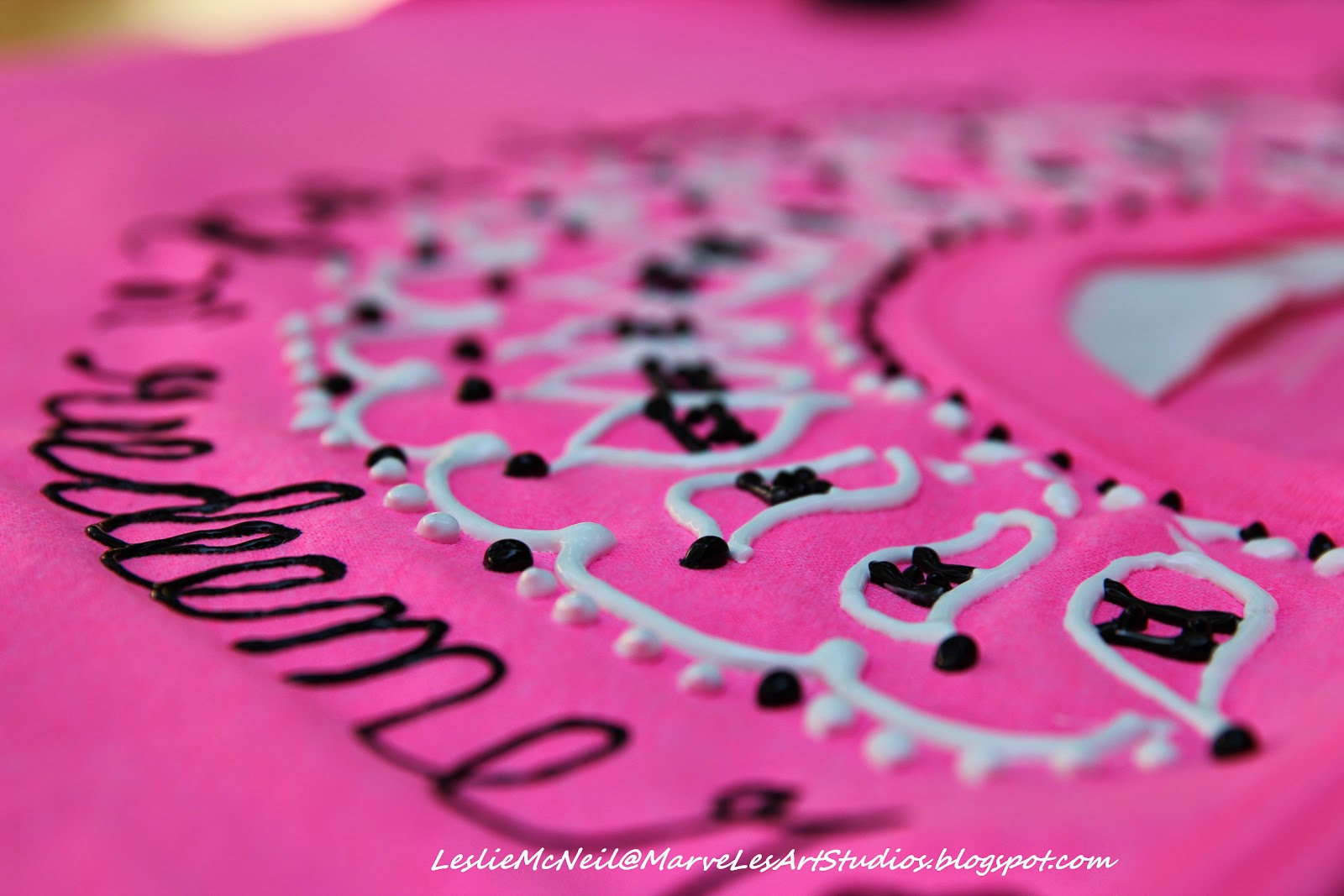 on each of the sleeves, i wrote the title of a song: “and all the” on one side, and “people said amen” on the other, because its been singing in my head for days now!  {by artist matt maher}. love it! 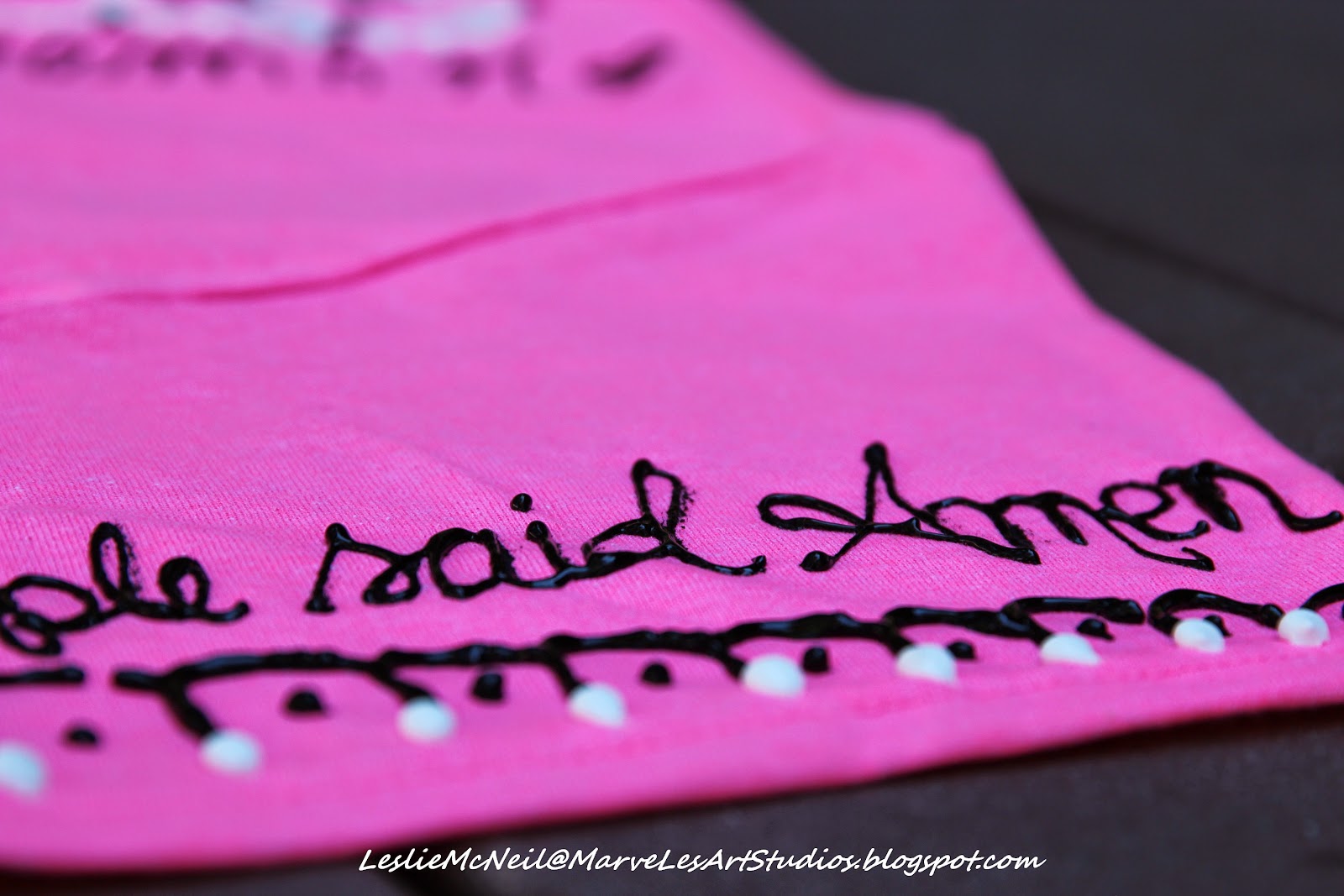 this is my new, summer-favorite t-shirt, and it also represents some really fun memories, too! 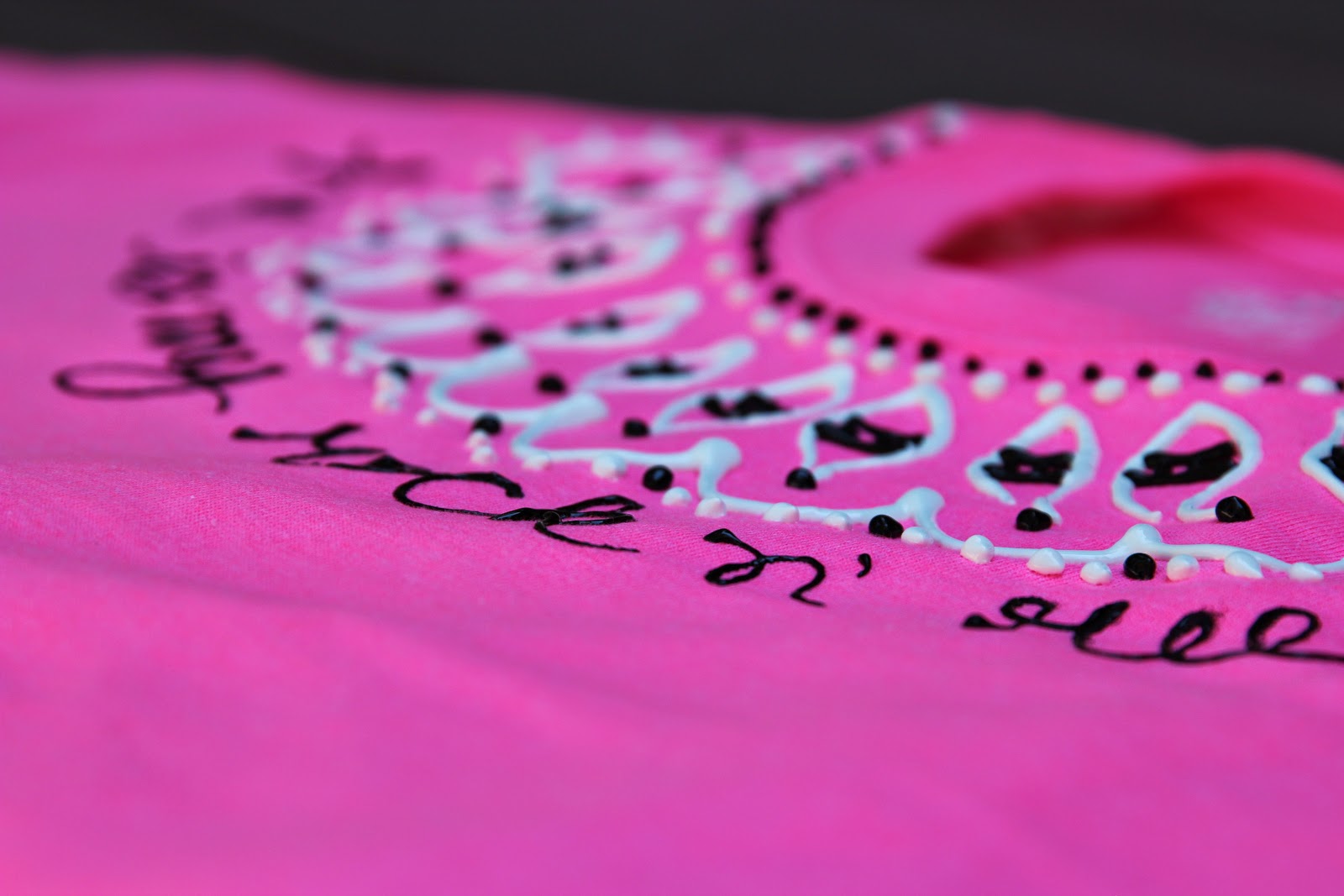 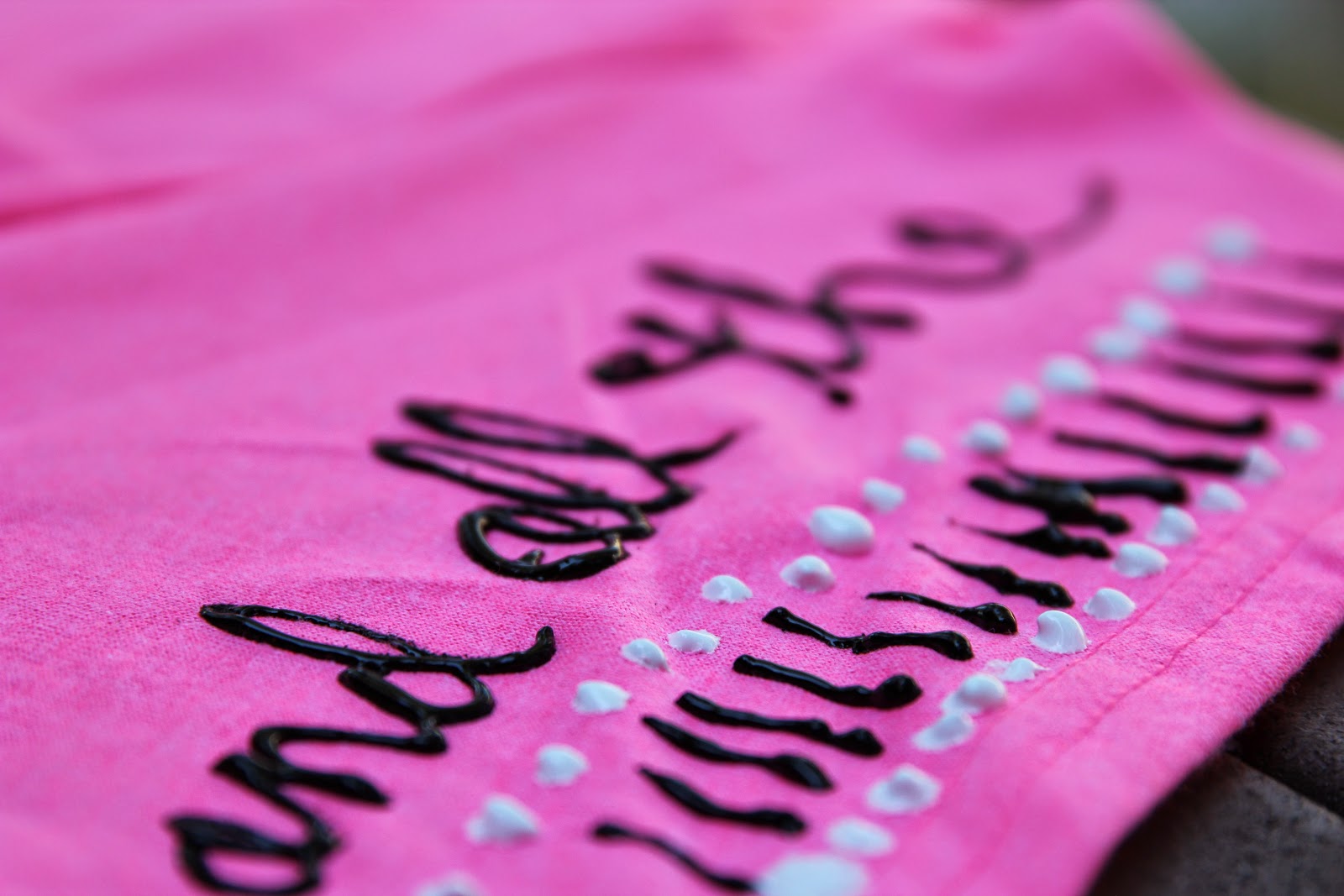 and why stop with just a shirt?  let’s try some canvas shoes, too: 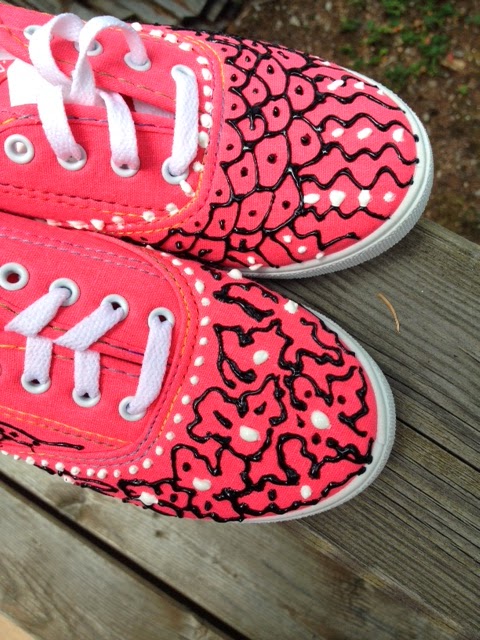 while i am not excited about the designs… it was a great way to “warm up” and get the hang of the paint coming out of the tip.  {then i did the t-shirt after}. 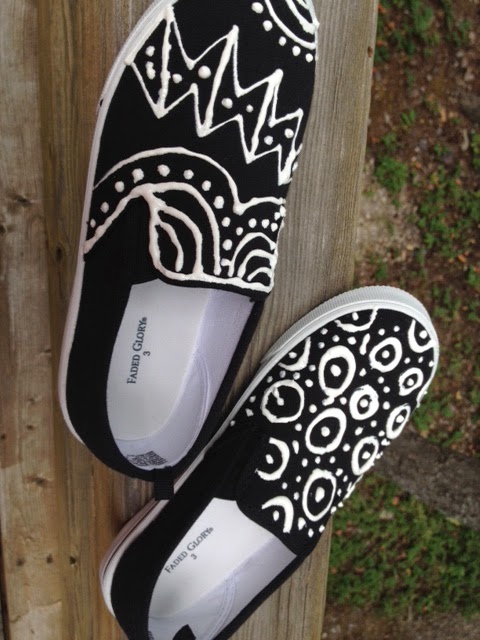 have a great, summery, fun day!  and thanks for all the great comments on my retirement post!  it’s been so relaxing to be home, and to reorganize … and get caught up!!!  ?  {well, i think so}.
xo
leslie