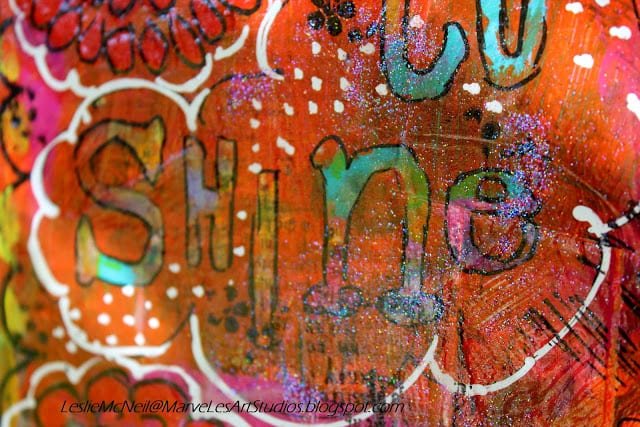 It’s all about  ORANGE!  If I was to say “I decorate for Halloween” this piece would be IT!

I first laid down some scrapbook type papers down on top of this canvas, in varying black and white prints. {I also added a few other colors of acrylic paint, dabbing them here and there} Then I mixed up some Golden TarGel, using orange and a couple different red, pink, red-orange colored FW acrylic inks.

I laid a stencil down, and scraped the mixed tar gel over it, lifted the stencil, and then let it dry.  It leaves a shiny texture, that was slightly transparent, which I love.  That was also the point where I added sticky-back letters, and then painted over the whole piece with more of the same custom mixed FW acrylic inks to unite the layers, finishing by tossing a bit of my Art glitter on top while it was still damp.  Once dry, at this point, I peeled the letters OFF… and then doodled on them.  Finished by adding  a final layer of decopage for sealer. Let that dry… and then I began stamping, and doodling with my black Pitt pen, and Wite-Out pen, and I call it done. 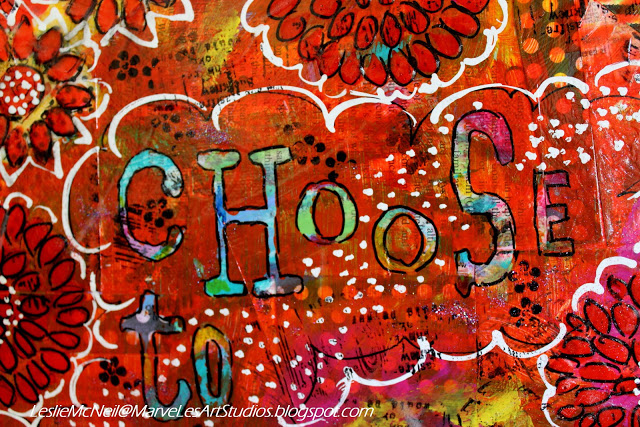 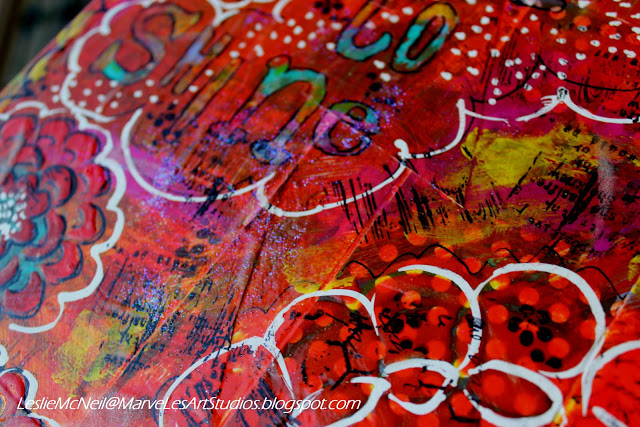 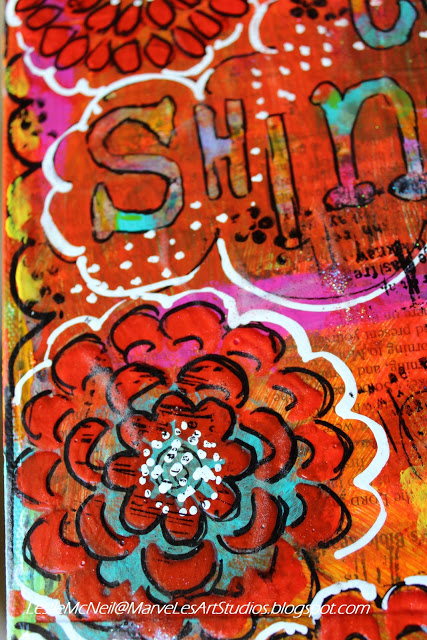 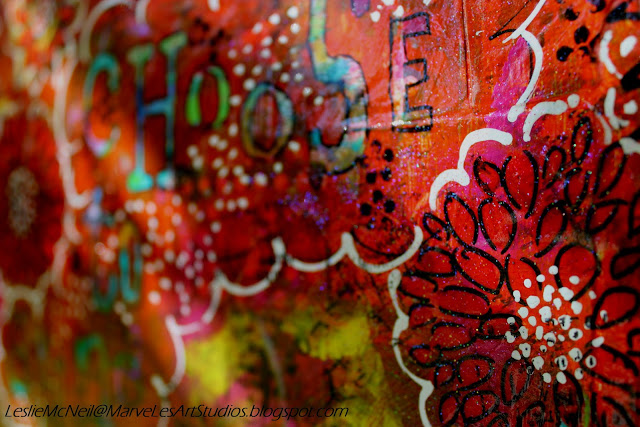 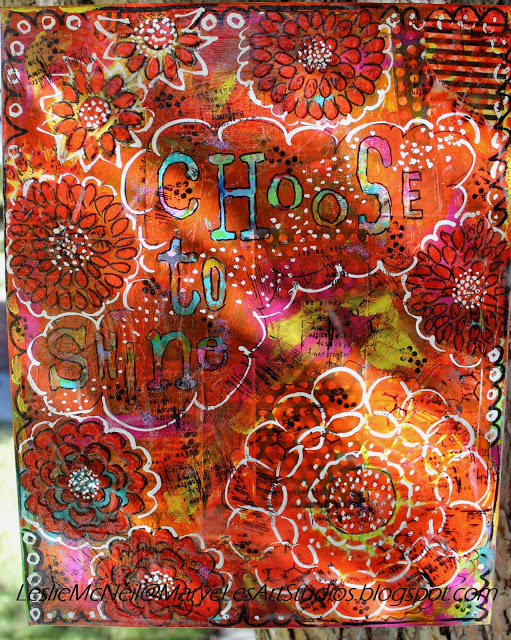