Awhile ago, I tried a new product, called “Transfer-Eze” which is designed to help transfer photos.  I brought my original picture up in my computer, and printed it as a size 8″x10.” 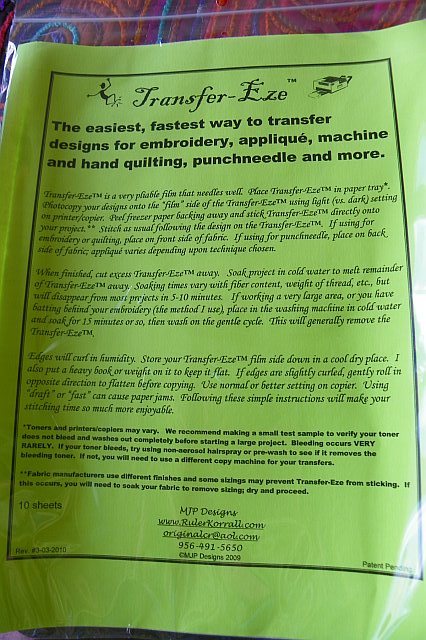 First, load your printer with the transfer paper, knowing which side is which so you don’t print on the wrong side.  This paper is a wash-a-way sticky-backed paper. Once printed, you easily just peel off the paper, and stick to your fabric.  That initial thread-playing experiment can be found in this post. 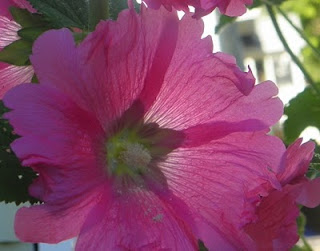 This is the picture I took of the hollyhocks last summer.

It’s such a pretty photo with the light coming through the petals.

And this is where I picked up this piece again over the weekend and began: 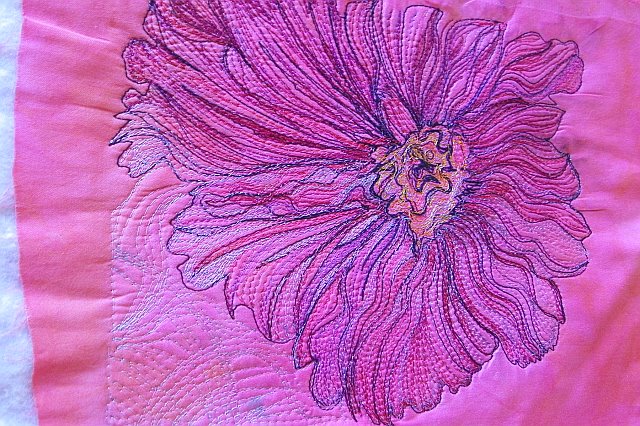 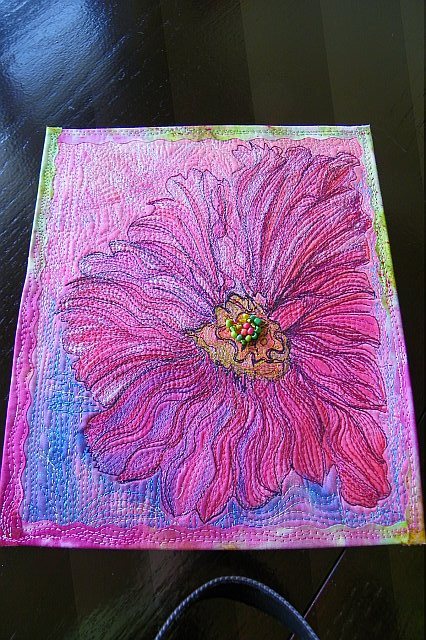 Frankly, I’m relieved this whole thing wasn’t a complete flop!  The finished piece is growing on me a little bit more, although I feel I missed the thing I most wanted to capture, which was the light and airy feel of the pink transparency of the petals.  I don’t think I’ve captured the dimension of the colors or the values of the flower…

…And I think I made a mistake going with black thread to begin with.  So it goes!

This was a somewhat uncomfortable s t r e t c h for me, personally… shading, values, thread-sketching are something I haven’t done much of… so hopefully it’s a good beginning — to a greater skill and knowledge in attempting it again.  I really do want to learn how to take the beautiful photos I have and put them to cloth!

And… what I do know, is that I’m not ready to give up!
Many positive things came from this project.  For the first time I used my watercolor pencils!  And also my watercolor crayons.  I have had both since last summer, and this was the first time I really sat down and played with them.  They were fun… and I will use them again, and see where it leads. 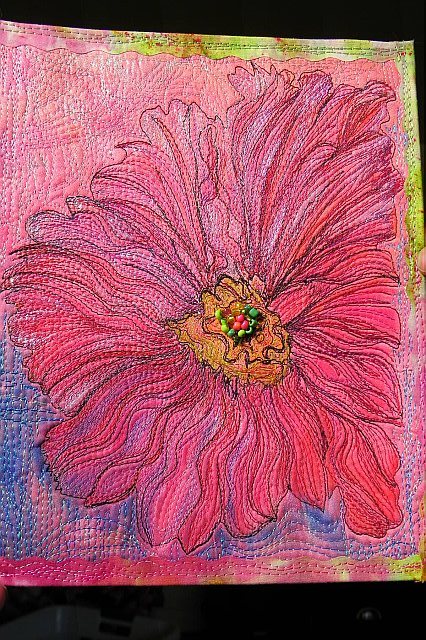 I think they helped quite a bit in color, shading, and a bit of dimension, but by the time I thought of them, I had added ALOT of stitching, so it wasn’t as helpful or fun as it could have been… so I will live with that! and keep on keepin’ on!
I also realized it might have been better to practice on some good ol plain white fabric… first!  With sketching and with the watercolors.


I learned I should have had the original photo in front of me at the sewing machine when I began to stitch.  VIP detail!


It’s a pretty good product overall, and it’s pretty cool how you can easily capture the size parameters of your photo, and the dimension and size of the object is pretty much in line with the real photo.

It was also fun for me to apply the Jacquard Lumiere paints, which are a great product, and so easy to use. I added just a bit of light pinky metallic at the top petals… and the blue metallic at the bottom, with a hint in the petals, hoping for some shading… hmmm.

This piece may not exactly “thrill” me, but the whole effort was not in vain. No, never! 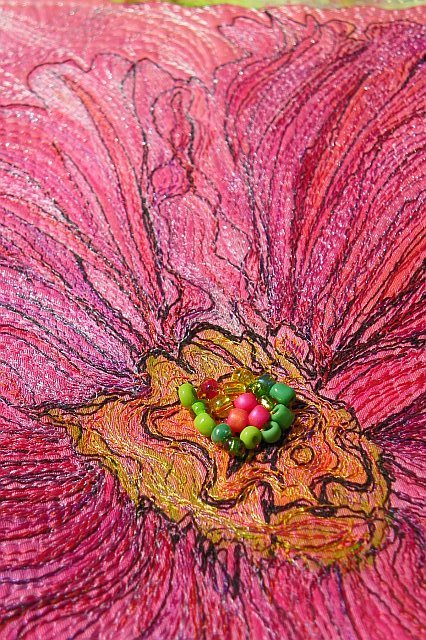 Here are some detail shots, and you can hopefully see some of the gorgeous color and sparkle that the original has.   It does look lovely when the light catches it…


I enjoyed sewing the beads in the center… which I do by machine.  Post coming up on “beading by machine” next week.

If so, I would enjoy reading it! 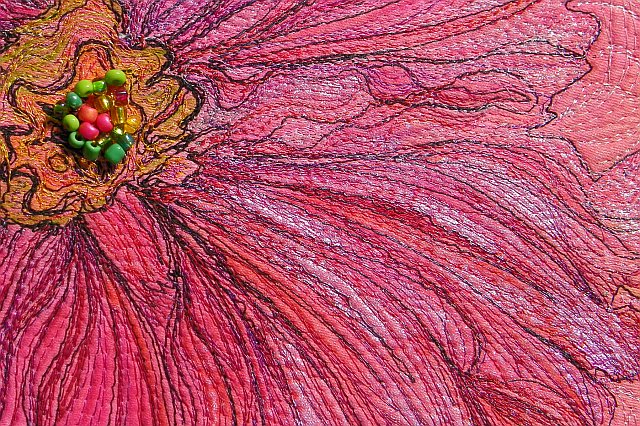