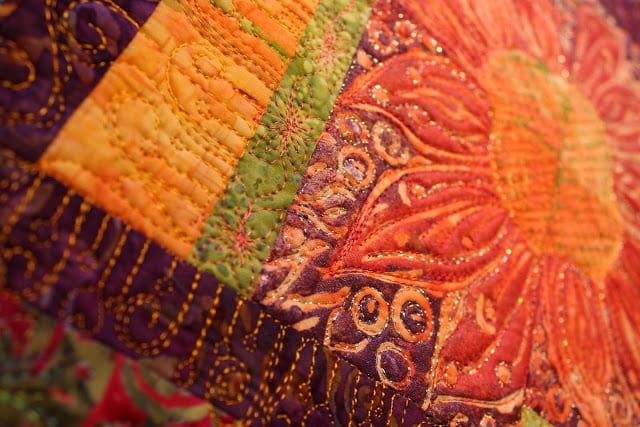 I decided to take four of my printed ‘crazy daisy’ blocks, and piece them into a ‘four patch’ of sorts.  Because the block isn’t reversible, I knew that if I wanted them to kind of fit together, I would need to piece an additional strip of fabric to create a square. Easy enough to do.

And sew off I went.  I was intent on making the entire piece off-kilter… or the new contemporary word: wonky.  I didn’t pay attention to seams, to sizes of strips, or placement of where they went. 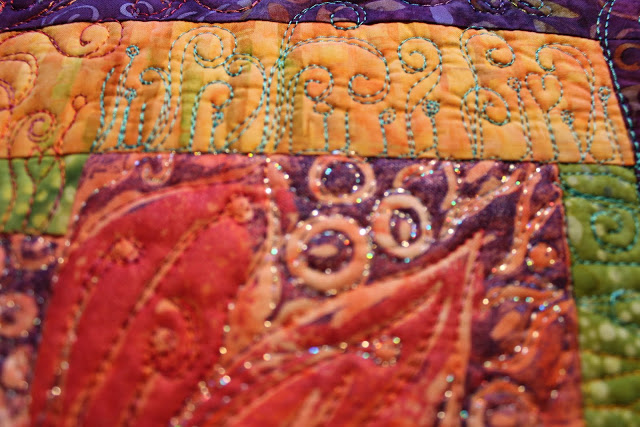 I didn’t measure the strips I cut… I just cut them randomly.  I didn’t even use a ruler to square up the blocks and the sewn strips after piecing.  And I wasn’t careful or concerned if it was a 1/4″ seam!  This should be easy, right? 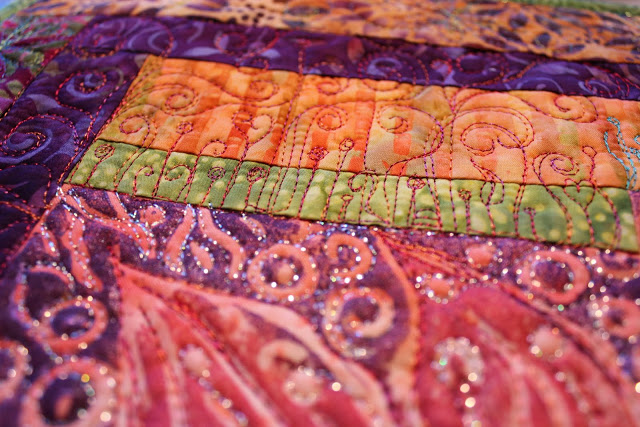 I wanted <WONKY> – I mean, really!  What could be easier? 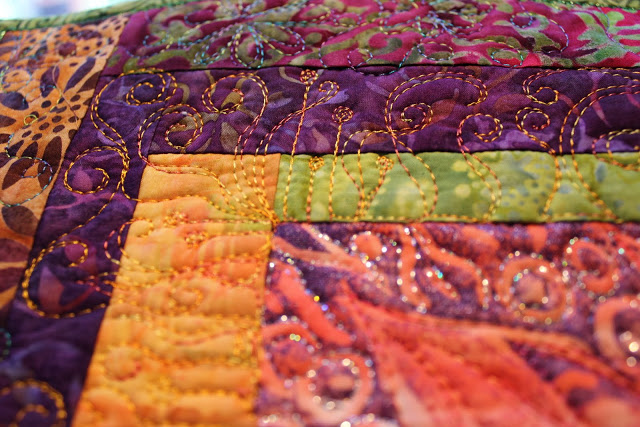 But I didn’t really get what I wanted.  Go figure! 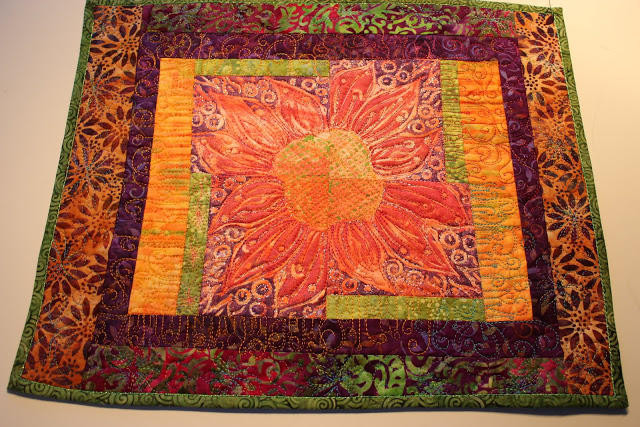 Granted, it’s slightly off-kilter.  But not wonky.  No, it’s not ‘square’ — not really.  It sort of curves on the outside edges, and you can tell the strips aren’t evenly done.  BUT really!  It’s definitely not what I wanted in the world of  “wonky!”   So… I will try again.  Next time things will be different!  Next time they will deliberately, and most definitely be in ‘the wonk’ style!  You’d think that would be a piece of cake.