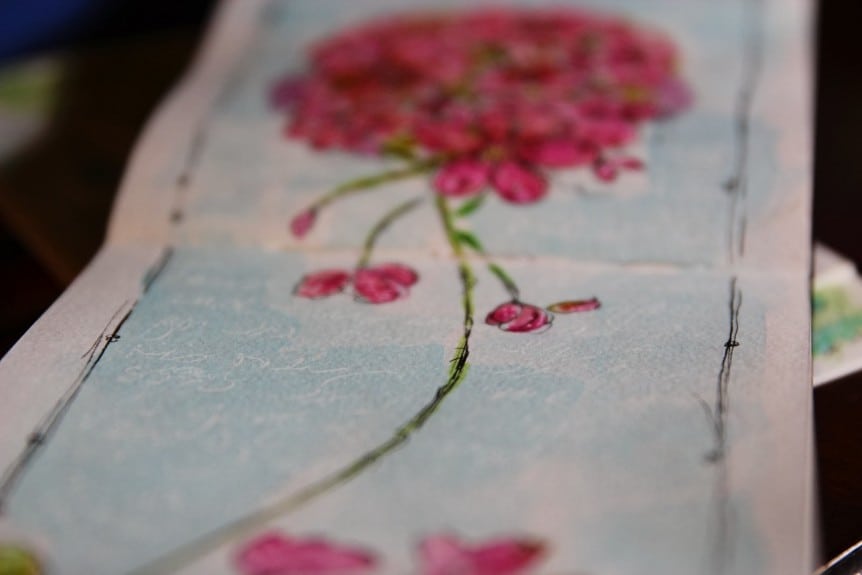 here’s a bit of a sketch and a prayer.
or a prayer and a sketch.

or… {if you need further inspiration, you can rock out to bon jovi’s song “livin’ on a prayer!”} lol


in my recent memory ~ albeit ‘sketchy’ {forgive the pun?}… i recently saw a geranium somewhere… maybe it was from a stamp in a catalog… regardless, the image stayed with me, and this is what i ended up with: 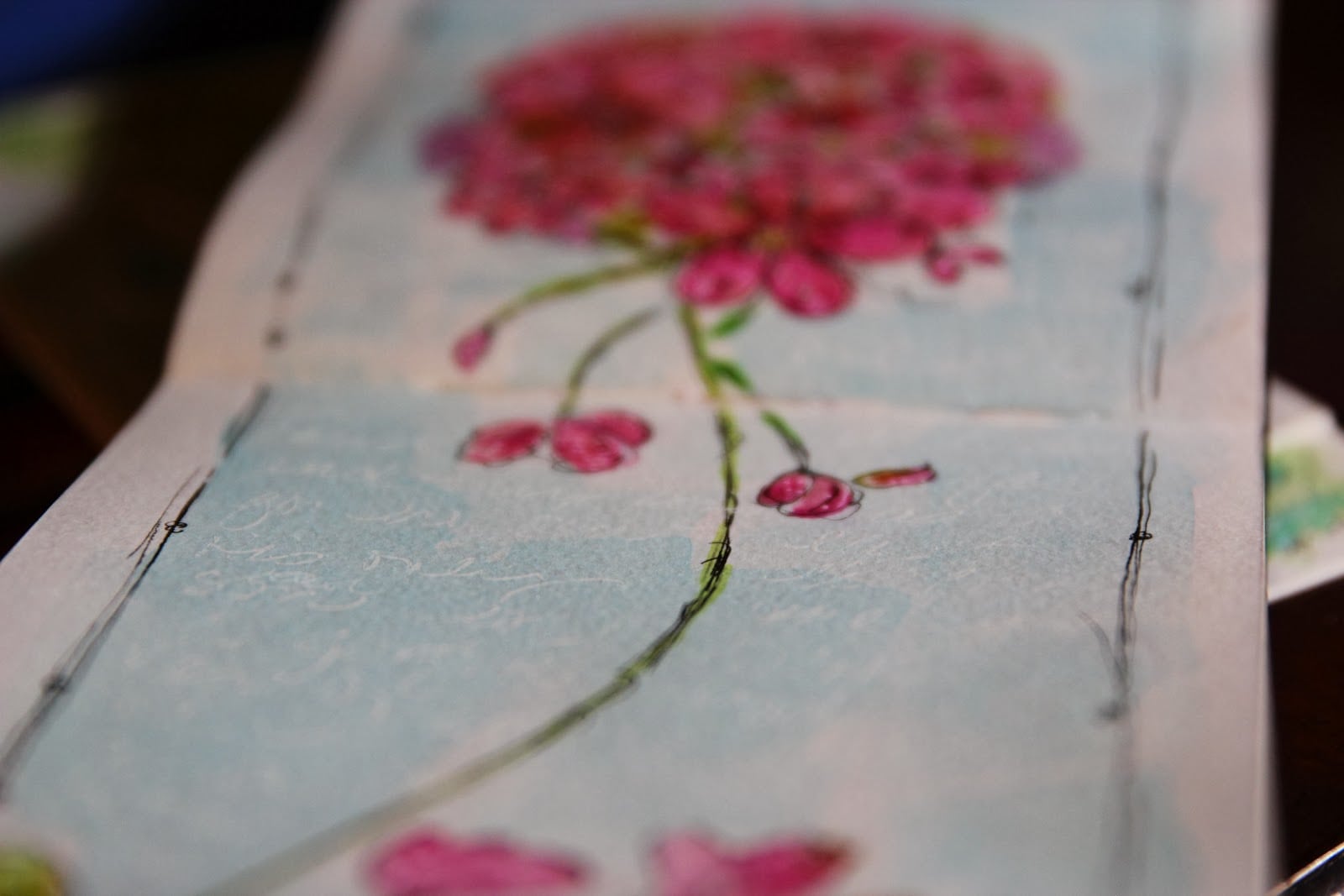 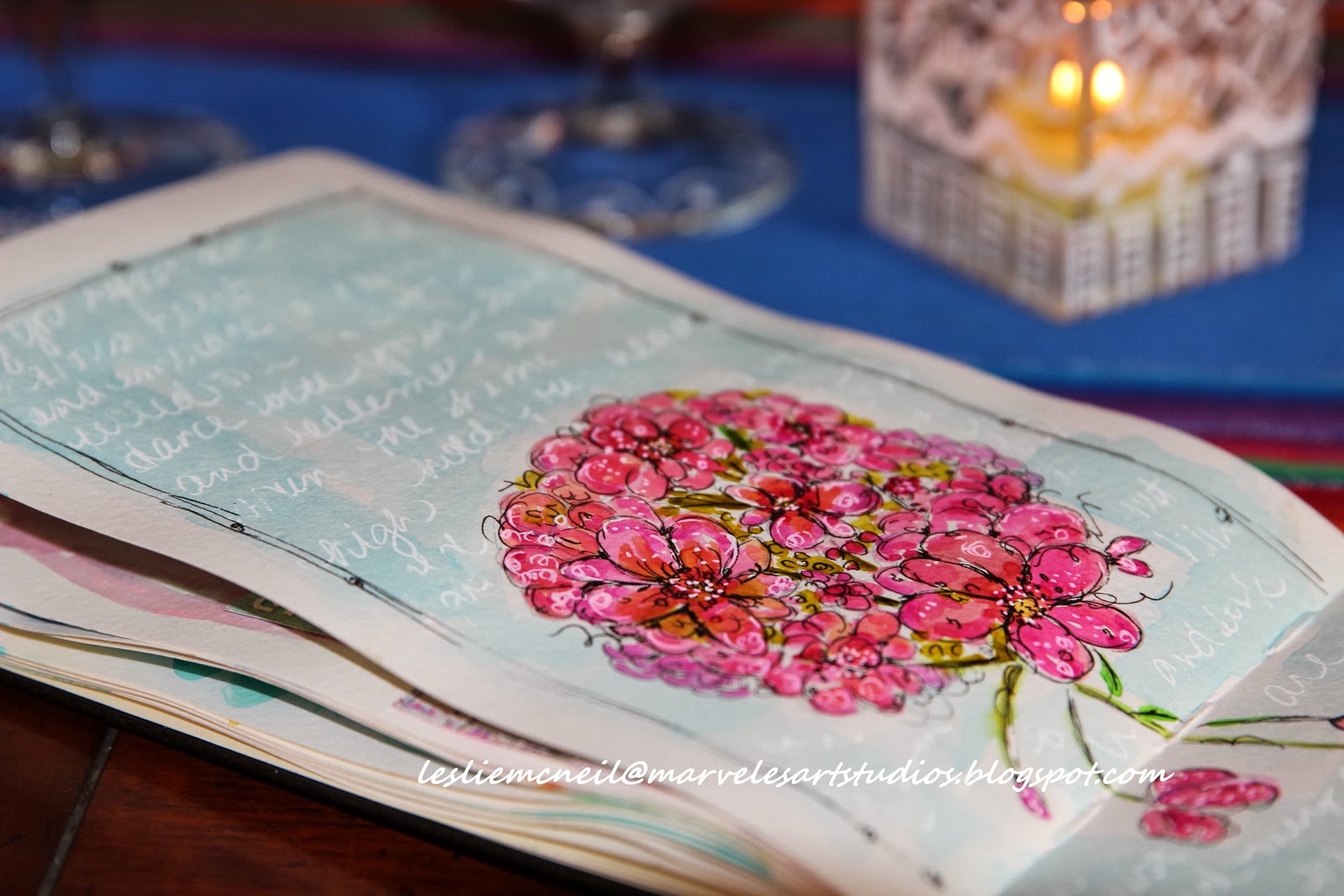 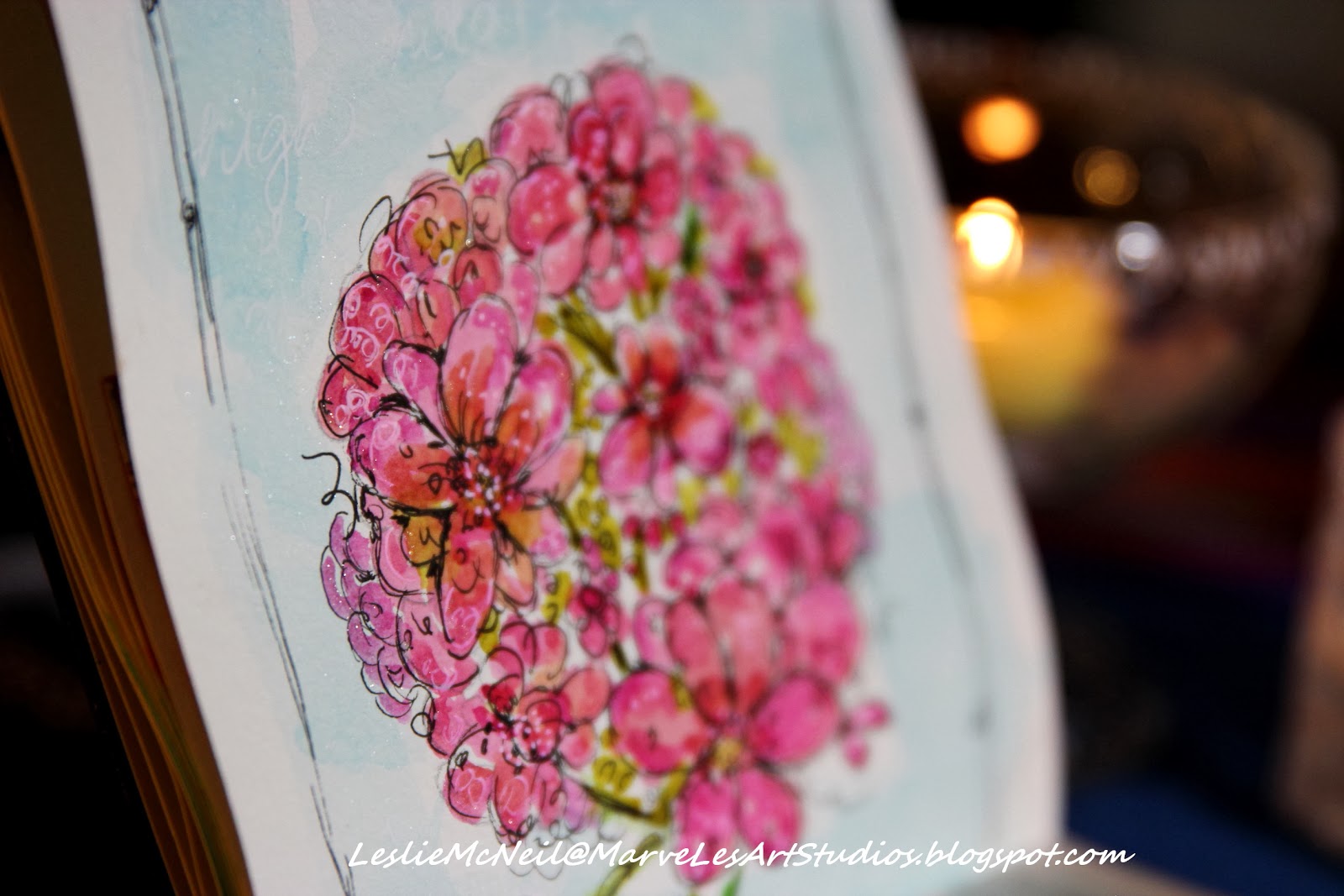 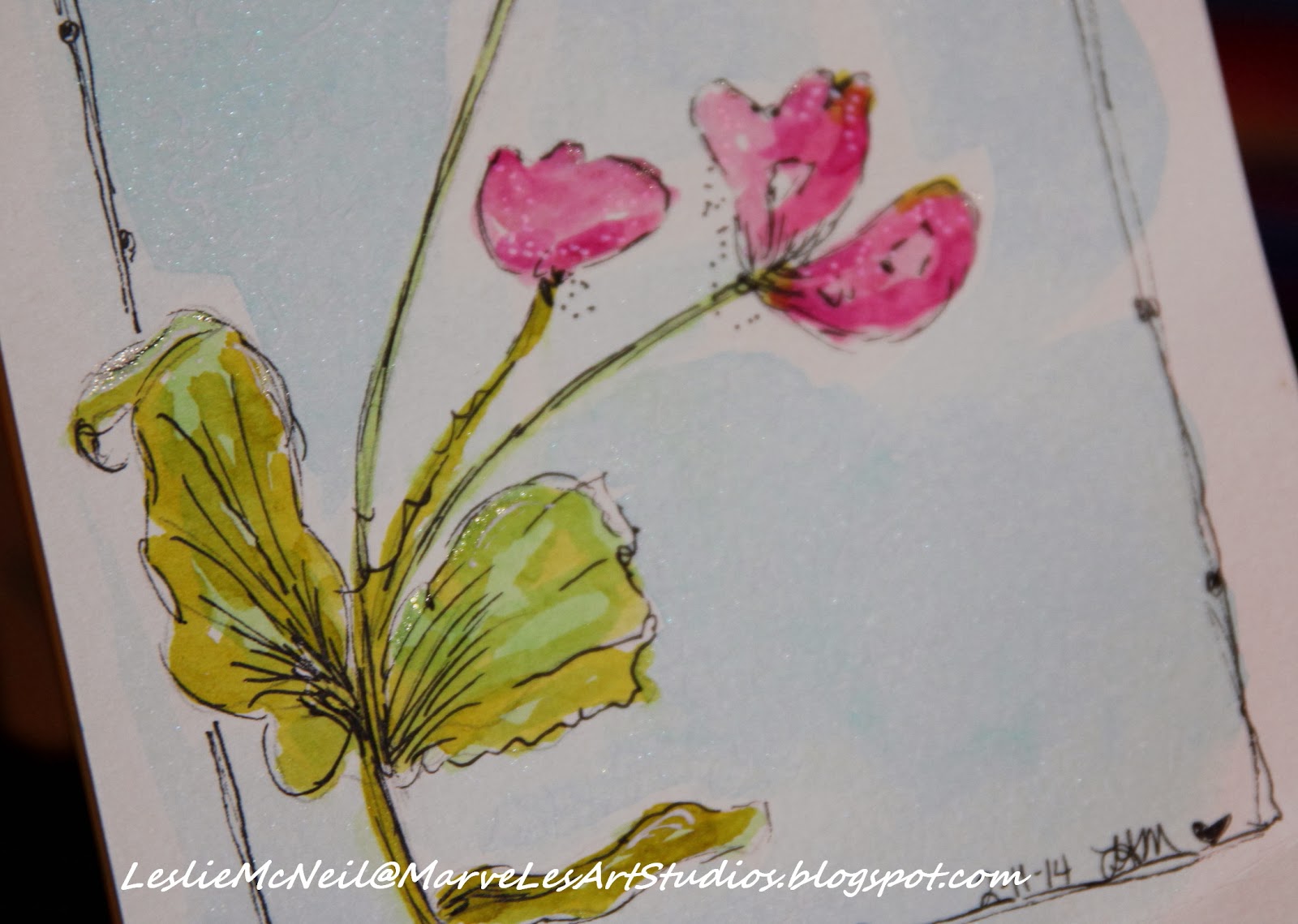 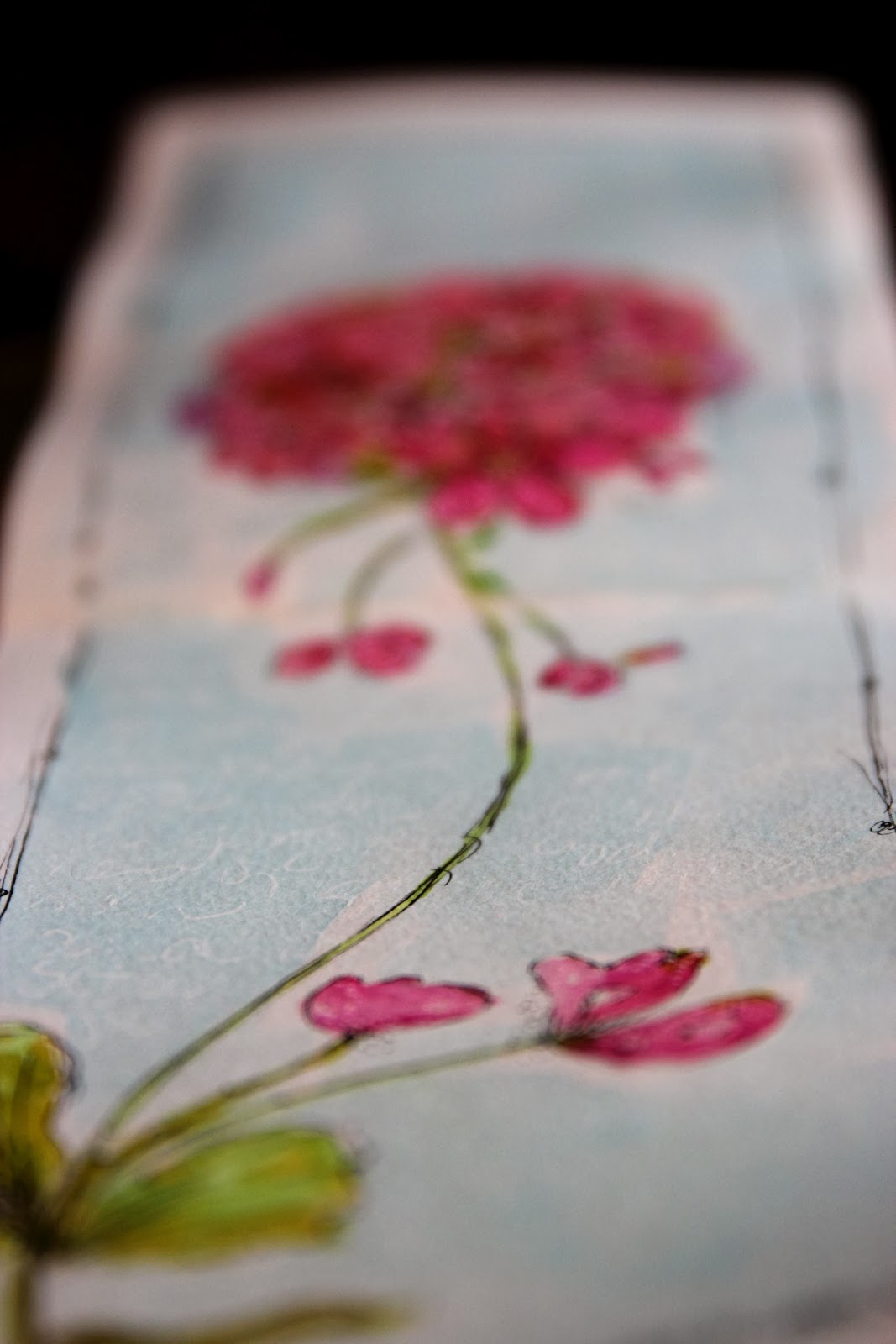 it’s one of my favorite sketches.  and i’m finding that when think about it, and break it down to simple shapes… guess what? it’s pretty simple!


the geranium was sketched out, with pencil, very, very lightly. i began by drawing a very basic, large round shape, added a stem,  & leaves… and then filled in that round “ball” shape with mini flowers and other small petal shapes.  you may notice that some are even heart-shaped, and some are just round circles.


i began with a light pink wash in places, and then added medium pink, and a bright green, highlighted with black pen and the signo white pen… and just a touch! {of the gelly roll glitter pens!}  the last thing was to apply a light blue wash around the perimeter, and let it dry.  i wrote the prayer, which is accomplished with the uni-ball signo pen.  you can’t really see it… but i like that.