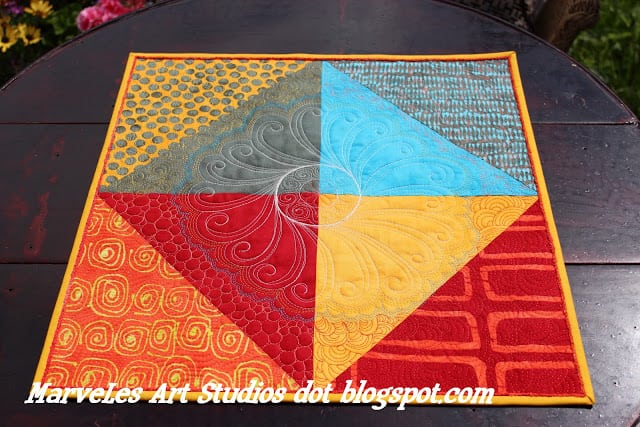 Finished! All the stitching for the center feather motif is in white King Tut thread.  I wasn’t sure I was going to add an additional detail in the feather, but in the end, I decided  the whimsical nature of the fabric was just begging for it!! So I did my favorite ‘curley-q’ into the middle of each feather.  I think I probably need to branch out into other styles … don’tcha think?

I decided to change thread colors for each quadrant, as well as free motion motifs, which was more of a challenge that I expected!  But once I started… I stuck with it. Some colors show… some do not.  I didn’t get too detailed with the motifs as they won’t show up in all those patterns and multiple colors. 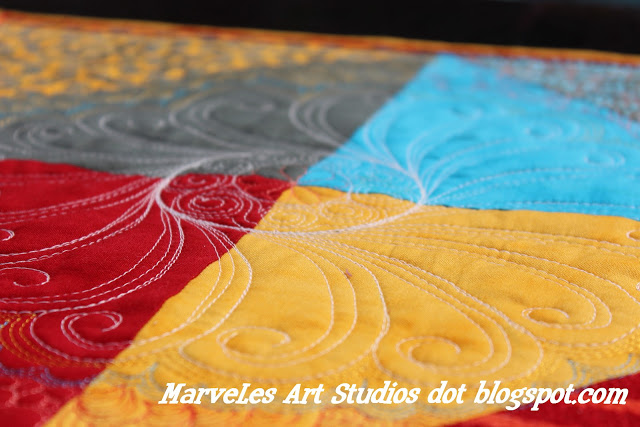 It’s been a while since I worked with such primary colors.  I kinda felt like I was in elementary school, again! 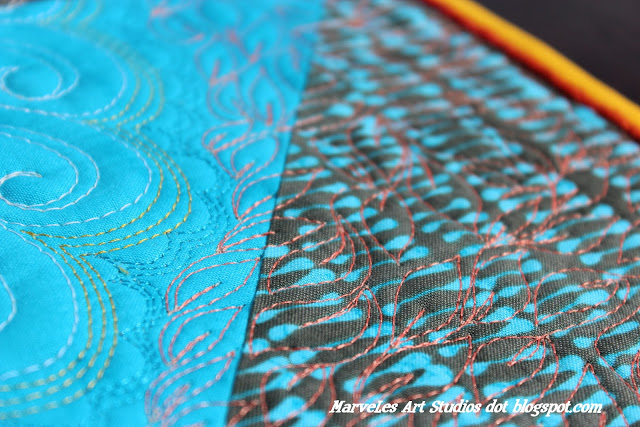 They are such cute fabrics! 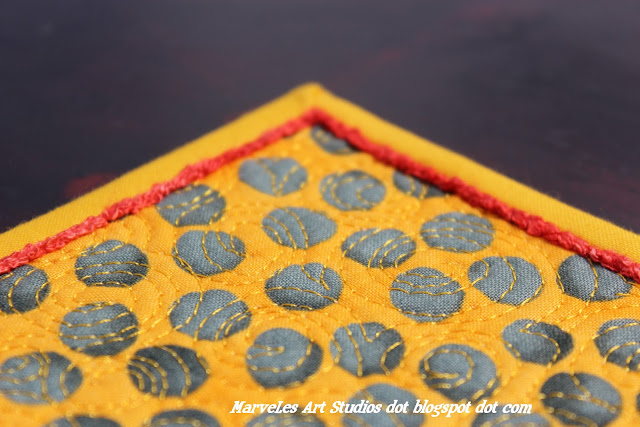 I thought it would be a fun experiment to make a ‘ruffled’ sort of look around the triple stitched outline of the feathers.  Truthfully, it didn’t impress me much… but I was committed… so kept up with it, and added two more lines, trying to give it some more pizazz … It’s so-so.

I used Art Studios, 40 wt poly for the stitching as I ventured outward into the body of the piece.  I had a wobbly time with the red thread on the yellow color … sometimes that happens to me.  I blame it on not eating enough …  Good excuse, huh?! 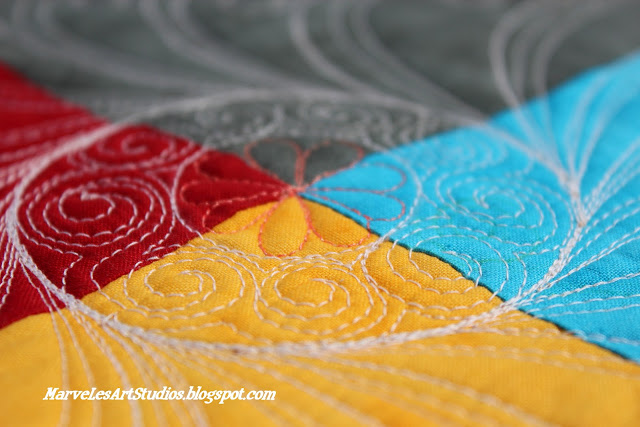 Now… what am I going to make out ALL OF THE REST of those pieces?  Got any ideas for me??  Maybe a lap sized quilt?

Thanks for taking some precious time to visit! Be Blessed!