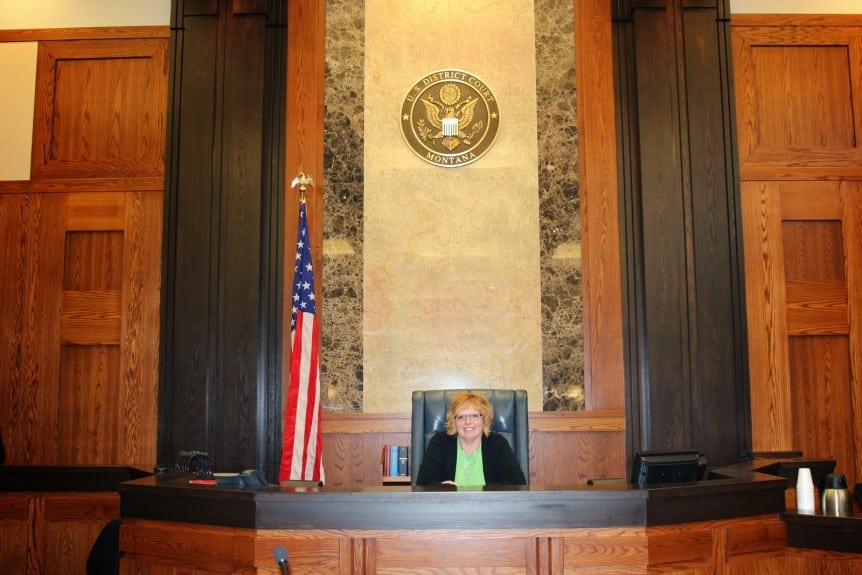 In 1986, the U.S. Bankruptcy Court was flooded with paper and new cases after Congress passed the Ch.12 Bankruptcy Act, and they were hiring. As a rancher’s wife, our family needed income in those same years, and job hunting I went. The criteria for the new clerk? 1) one who needed a job; 2) a family to support, and 3) no “fancy” college degree, because Mike Bell, Clerk of Court, wanted someone who would stick with the job, {happily working}, filing away the two foot-high stacks of bankruptcy claims, and copy files for Judge Peterson, who sat in Butte. I was very grateful to have the job and I remember how excited I was to pay $300 cash for a new washer and dryer soon after! 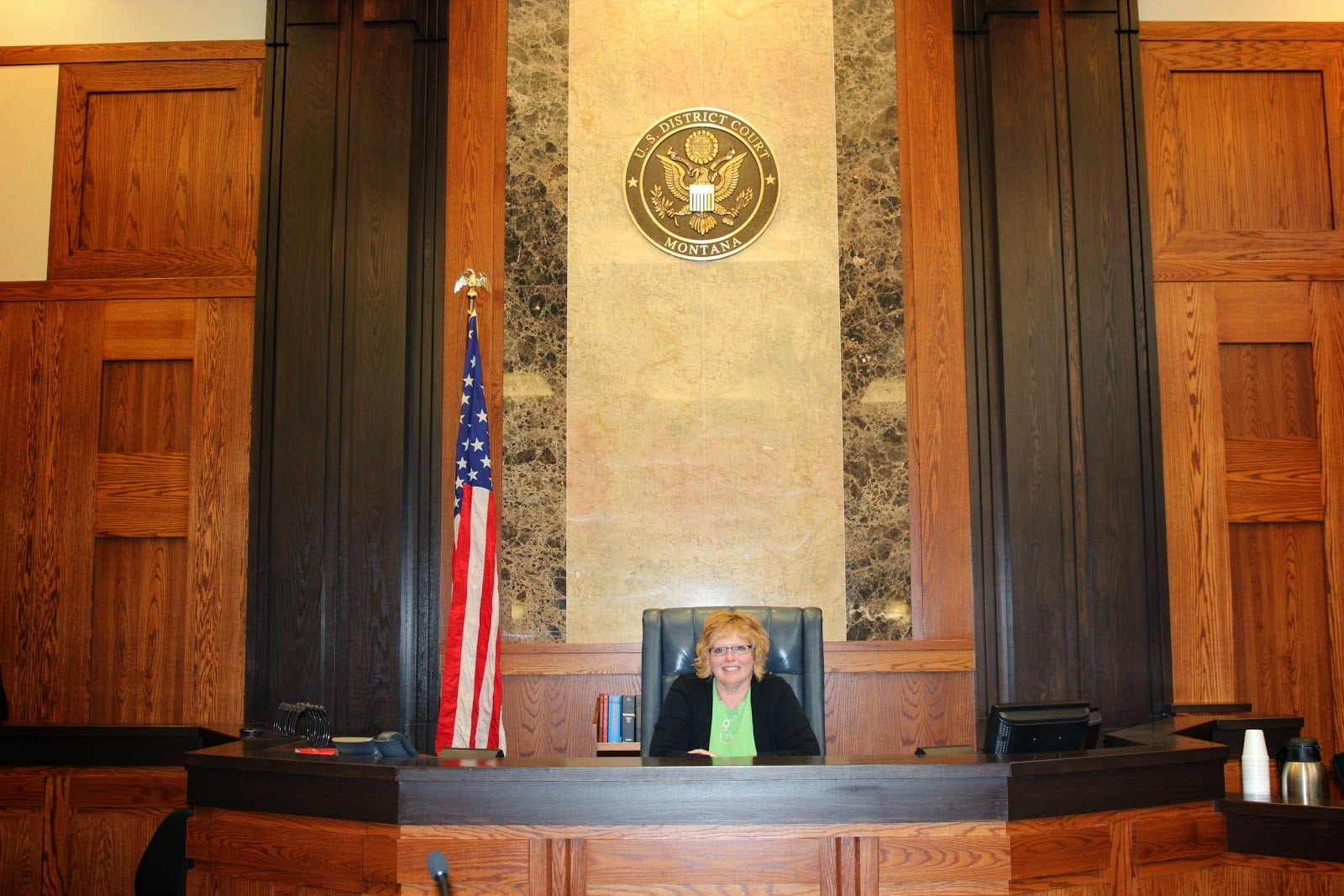 Three years later, after the bankruptcy office closed in Great Falls, I was hired by Clerk of Court, Lou Aleksich, transferring to U.S. District Court. I became the jury clerk, and assumed civil courtroom deputy duties. Soon after, I clerked the “Big Bud” jury trial {involving a Havre, Montana, tractor company}. There were an overwhelming twenty-five, large black binders, four boxes of depositions, and it took four weeks to try. 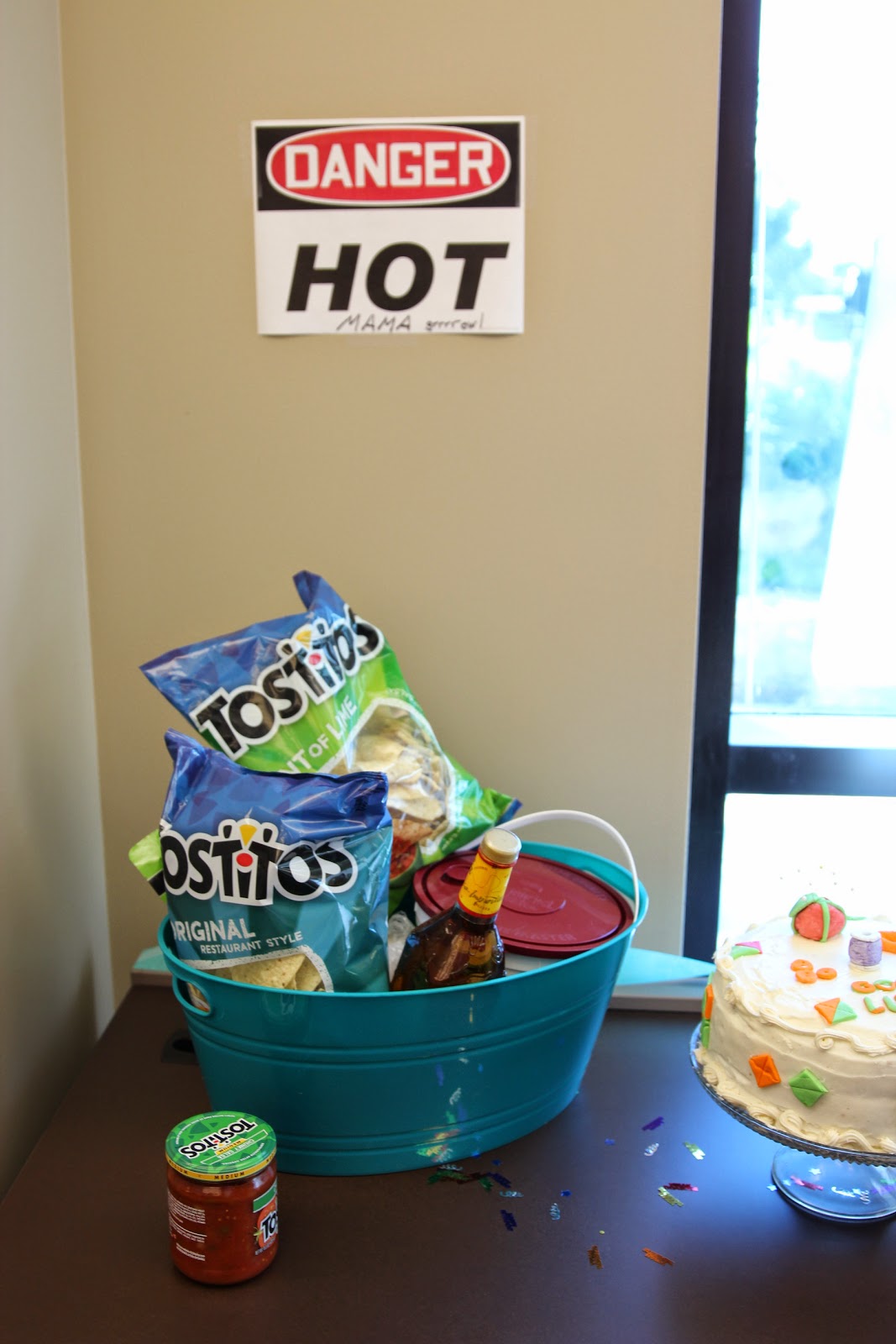 One of my early civil trials was quite dramatic; an insurance case. First, my mother-in-law was selected to sit as a juror in that case, and during the closing arguments, one lawyer called the other a “fraud.” And, we almost had a hung jury. In those days, trials often continued into Saturday, and at that time, GF had just received a brand new {large} computer. Judge Hatfield asked me that Saturday to type the Allen Charge on the “magic machine” as he called it. Other notable civil trials were the “The Turkey Fire” and the huge ARCO civil case, a bench trial that took the better part of a year to try.

A very old, dented, and quite beat-up, “black metal box” served as our “master jury wheel” in 1989. It was stored in the vault, and in it were 200 names of qualified jurors. To summon, I would pull out names of people I thought would be good jurors, and one day Judge Hatfield remarked in his welcoming statements, “my, but we have a lot of famous names here today.” {it was a unique take on randomness} and I later found out I was not supposed to look at the names before I pulled them! In those days each summons, as well as the envelopes, certified mailing list, payment vouchers, etc., were individually typed on IBM “selectric” typewriters.

When wordPerfect software came to the court, I helped develop a method to create “merged” files, formatted to fit all those forms, and eventually we wrote our own in-house jury program, created in the dBase III data system. For that “new age” accomplishment, I received Judge Hatfield’s Chief Judge Award in June of 1993.  Since that time, I’ve been honored to receive two other Chief Judge’s Awards, one from Judge Molloy, and last year, from Judge Christensen.

Deputy Clerks are not only the backbone of the court, they are the heart of it. They are Servant Leaders, for a good servant is a leader, and a good leader is a servant to all, as they are constantly surrounded with change and challenge, serving judges, law clerks, secretary’s, lawyers, and jurors, and balancing complicated administrative procedures and record-keeping. Adapting is what we do best, from jury systems to electronic courtrooms, monitoring and running every conceivable computer, audio, video, document, camera, and technical evidence program. It’s a big job. I have always believed a courtroom deputy is best described much as a baseball player — you’d better have a plan in place when the ball is hit to you, no matter the position you play.

I am grateful to not only survived, but to have thrived here. I have been amazingly blessed by many hard-working and committed professionals here in the court, many of whom have become lifelong friends to me. Much of life, if not all of it, is about relationship, and as I leave this court setting, I cherish and take with me those gifts of sweet friendship, and I am so very thankful. 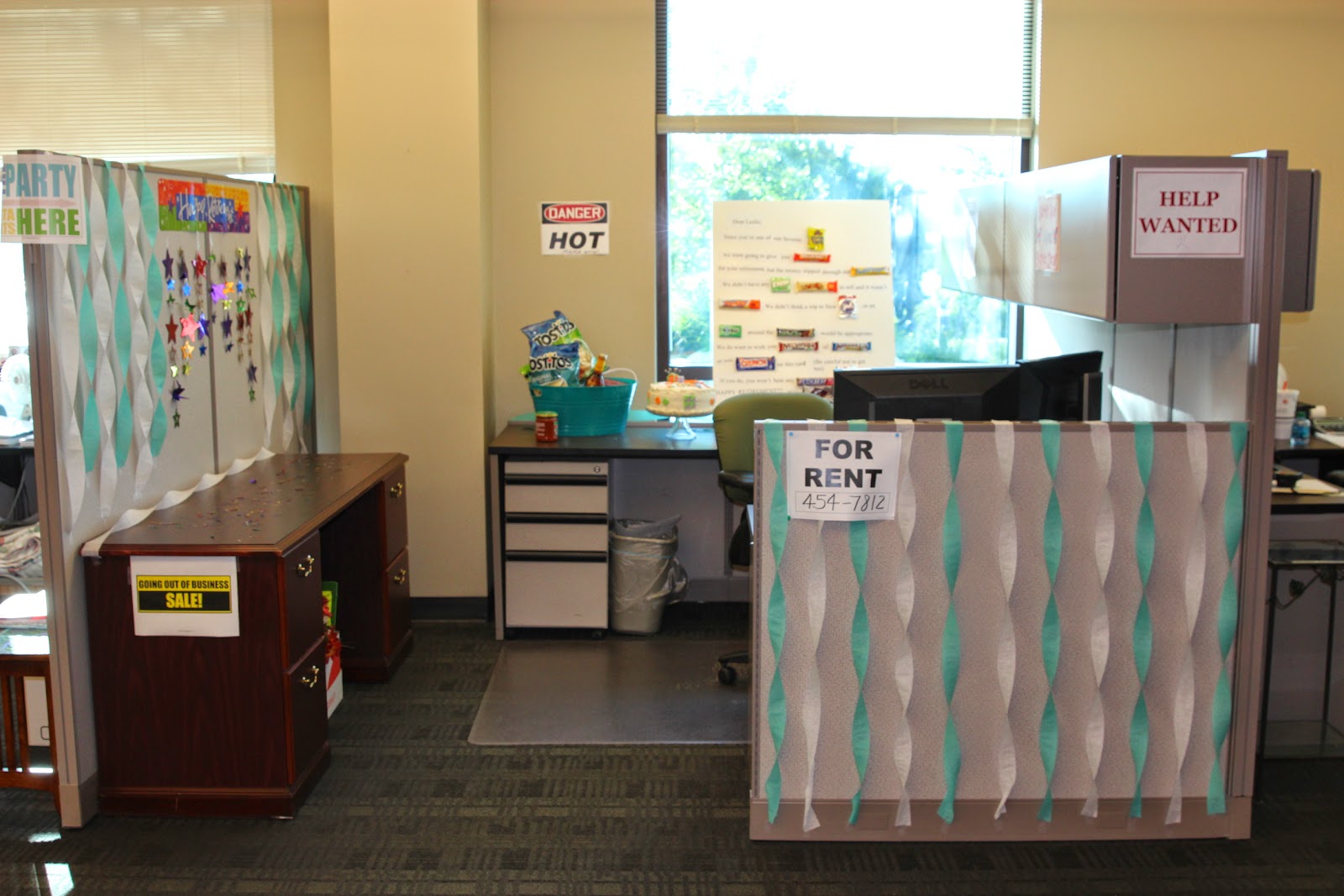 Retirement is an exciting spring board for me — to more freely pursue dreams I’ve nurtured for many years… to play and work in venues I love: teaching, making art, homemaking, photography, blogging and quilting — to continue to explore, serve, lead and be challenged. It’s a Great Adventure, full of God’s amazing grace. I’m saddling up, hoping to blaze new trails — to “see what I can see!”

I am thankful for the gifts.